Tareq got a Diploma in Computer application course certificate following a six month long training from a the then National Training and Research Academy for Multilingual Shorthand (NTRAMS) affiliated centre in Dhaka following his SSC examination.

He started learning some computer packages in DOS mode, those were of no use later due to the widespread of Windows operating system and obsolete DOS.

However, he became a computer package application expert in later his life due to his passion for computer. In this Google arena, he is a self-learned expert who is a need based learner. 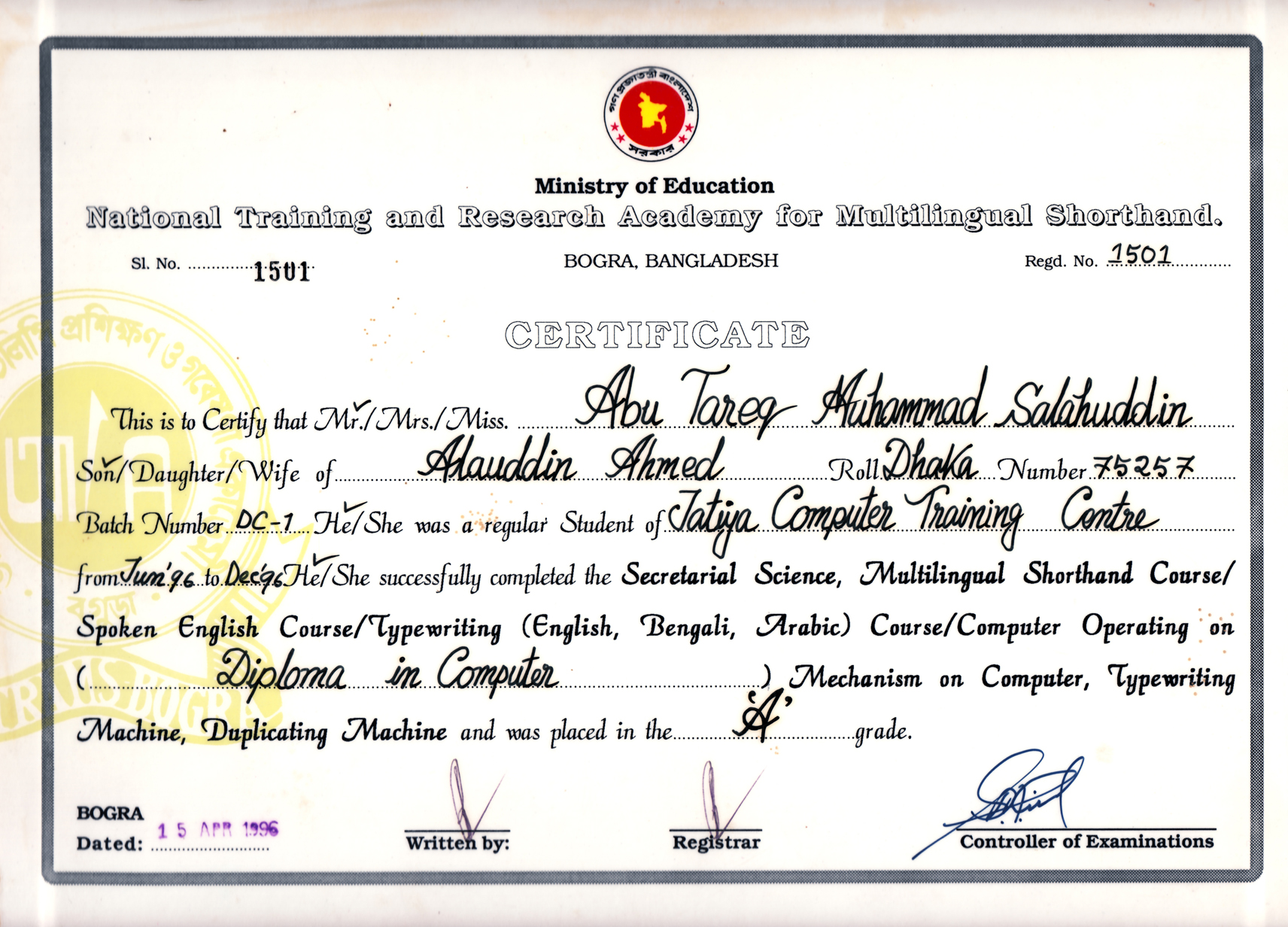